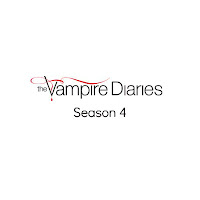 
Hayley is a friend of Tyler's and helped him break his sire bond. She didn't know he was still alive or healthy, though, and only found out recently that Klaus hadn't killed Tyler (one of Klaus' hybrids told Hayley he was going to meet up with someone named Tyler) so she shows up at the Lockwood mansion.

New Character To Be Cast

A new recurring character is currently being cast. She is called Hayley and is Described as Gorgeous and wildly sexy but tough as nails. She will appear from episode 4x03.


Who would you like to see taking on this role? Maybe Phoebe Tonkin from 'The Secret Circle'. She is said to be a very popular choice as a new cast member for TVD. Leave your suggestions below.
Posted by Unknown at 16:32 No comments: 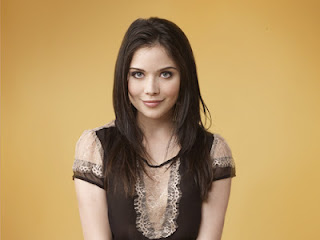 Grace Phipps has been cast as April Young.
She will first make an appearance in 4x02, returning to Mystic Falls upon the death of her Father, Pastor Young. April is described as "natural beauty with a bit of an edge". She knew Elena and Jeremy from childhood.


Even though Elena chose Stefan in The Vampire Diaries finale, does Damon stand a chance next season?

Lest we forget, Damon compelled Elena to forget key moments, including the fact that he was the first Salvatore brother she met. Unfortunately, this revelation won't suddenly make her change her mind, executive producer Julie Plec says, noting that Damon will be on the outs with both Elena and Stefan in the premiere. "He's actually feeling alone and how he starts to fill that void will be part of his journey as we go forward this season," Plec says. "He needs a new drinking buddy."
Posted by Unknown at 21:06 No comments:

This season, the Mystic Falls gang will graduate from high school. In order to smooth the transition, viewers are going to start spending some time at the local university early in the season -- remember, the unnamed school that Jenna attended while writing her thesis? Expect to meet a new recurring character, Professor Shane, who knows a thing or two about the paranormal. We're hearing that initially, he'll work quite closely with Bonnie. The story plays on some threads spun in an early Season 2 episode, "Bad Moon Rising."
Posted by Unknown at 10:36 No comments: