The Vampire Diaries - Interview With Caroline Dries on Season 5 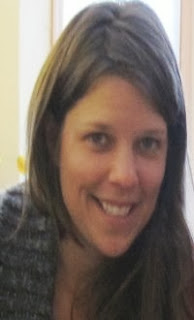 Email ThisBlogThis!Share to TwitterShare to FacebookShare to Pinterest
Labels: Season 1, Stills, The Originals 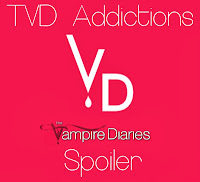 Any scoop on Stefan and Elena on Vampire Diaries? I'm still holding out hope for them!
I guess it's a good thing that my colleague Robyn Ross was on set this week to ask Nina Dobrev that question! She says that Elena's connection to Stefan will clue her in to the fact that something is not right with him (aka he's drowning at the bottom of the river.) "She has this weird feeling something is going on. It's this cosmic connection you have with someone that you've spent so much time with and I don't know if that will go away," Dobrev says. "She knows she's in love with Damon, but she still cares for Stefan and wants to make sure he's OK ... and when she finds out what he's been through, it's not easy for her."
Posted by Unknown at 08:54 No comments:

PREVIOUSLY ON...  Stefan -- who was revealed to be Silas' doppelganger -- was locked up at the bottom of the ocean, Elena chose Damon, Katherine became human and Bonnie resurrected Jeremy (but remained a ghost herself). COMING UP NEXT...  The new season picks up three months later, following a (relatively) quiet summer. But this is Mystic Falls, so peace doesn't stand a chance, particularly with Silas posing as Stefan. “We're going to explore this phenomenon of the doppelganger and how and why they exist in our mythology,” teases executive producer Caroline Dries, who also previews the arrival of a “legitimately Bigger Bad” down the road who is “scary and creates a new dynamic.” On the romance front, Elena and Damon's honeymoon period could be disrupted by her friendship with a fellow college student (Aaron), while Caroline remains focused on Tyler even as she connects with upperclassman Jesse. Speaking of Tyler: While the EP won't reveal when the hybrid returns, she does promise it will be “in a very beautiful, appropriate moment” -- and with “a little bit of attitude” about needing Klaus' OK. Lastly, Bonnie and Jeremy experience some connectivity issues that not even AT&T MiFi can resolve. Explains Dries: “The external conflict is, 'I can't touch you,' and the internal conflict is, 'I actually have feelings for you, but I can't talk to you about it.'" BONUS SPOILER...  Mystic Falls' favorite busboy is getting a juicy storyline following his return from Europe. “Matt is not a peripheral character this season,” teases Dries. “He really has an interesting, intriguing storyline this year. We are introduced to it briefly in the season premiere.”
Posted by Unknown at 20:01 No comments: