Jesse Has Been Cast

Kendrick Sampson will play Jesse, a fellow student who Elena and Caroline meet on their first at Whitmore College. The new recurring character will be introduced in the 10th October Season 5 premiere episode.
Posted by Col at 10:22 No comments:

Nadia Has Been Cast 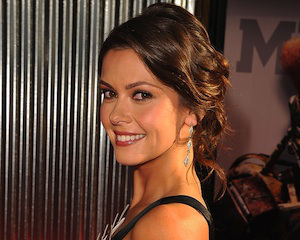 The recurring character, who will be introduced in the Oct. 10 premiere, “will ally herself with anybody — and employ any tactic — to further her own mysterious agenda,” read the initial casting breakdown. “An emotional chameleon, she can flip from stone-cold to flirtatious as it suits her needs. But the loneliness of her singular quest has taken its toll on her humanity, and she finds herself increasingly lost when it comes to genuine human connection.”
Posted by Col at 10:16 No comments:

Season 5 of The Vampire Diaries — when do you go back?
We go back at the beginning of July for Season 5. Coming right up. It's exciting to go back to Atlanta with a whole new family there, as well, that will be filming for The Originals. I'm so excited for Julie Plec. She has three shows on the network right now. Tomorrow People, The Originals, and The Vampire Diaries. The family has been doing wonderful. She's blowing up.
What do you want to see for Caroline in Season 5?
What I find, it can be tricky sometimes for shows to transition into the college years. What I find very fortunate about The Vampire Diaries, and what has been going well, is they don't go to high school that much. It's kind of a running joke because you never see the kids in high school. So the idea of them going to college is not going to be that jarring of a transition because so much happens outside of the school environment. I think the girls are going to college, we're going to find out more about Silas, and Stefan's character. For Caroline in particular, I think it would be fun for her to go to college, and not think about Klaus. Be single for a little bit and see what she wants, like every girl who goes off to college.
Why should she be single — to help find her identity?
Yeah, I think it's important to go into your college years with an open mind, and focus on yourself, what you want in life. The running joke is when fans of the show ask, I tell them, especially the female fans, is I'm looking out for their best interests. Because we have to hire more good-looking men on the show.
How will Caroline feel about Bonnie becoming a ghost?
Caroline doesn't know yet that Bonnie is dead. So this is I'm sure going to be a big shock to her. She will have many emotions and feelings on that matter. But right now going into Season 5, she doesn't know that Bonnie is dead, she doesn't know that Stefan is in a coffin, and she definitely doesn't know that Klaus has a baby on the way. So Caroline has a whole bunch of stuff to learn in the next season!
Source
Posted by Col at 23:32 No comments: 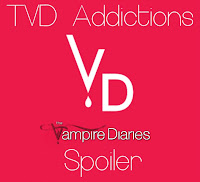 How will Elena deal with college on The Vampire Diaries?

Elena and Caroline will find college to be much more difficult than they anticipated when they stumble into a class led by a hot, but not-so-nice professor who knows more about Mystic Falls than he's letting on. Does it scare anyone else that his true passion is research that he believes will help humanity?
Posted by Col at 08:51 No comments:

Production of Season 5 of Vampire Diaries officially started this week. I realize its a tad early but is there a way we can find out how much Delena sexiness is shippers can expect in the premiere!?
Can’t help you on the Delena front, but there’s buzz that the show is casting a male doctor who knows alllllll of Damon’s secrets.
Posted by Col at 08:15 No comments: